News nº
19
Editorial note
In the editorial note of the previous edition, Professor Alexandre Ribeiro called our attention to a series of facts that allow us to look to 2011 beyond the dark clouds that continuously cast their shadows over the most pessimistic.

Indeed, there are several indicators among us, members of the University of Lisbon, based on which we believe that, in the present year of 2011 when we celebrate the centenary of its refoundation, it will live up to its history.

As an example, in the realm of the Faculty of Medicine, Professor Carmo Fonseca, the winner of the prestigious Pessoa Prize 2010, and whose interview you will be able to read in the present edition, states that “the year of 2010 was excellent for IMM – Institute of Molecular Medicine - which was awarded a record number of prizes and END_OF_DOCUMENT_TOKEN_TO_BE_REPLACED 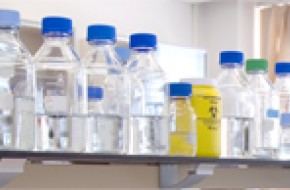