Vaccination is a “fundamental step towards attaining safety” 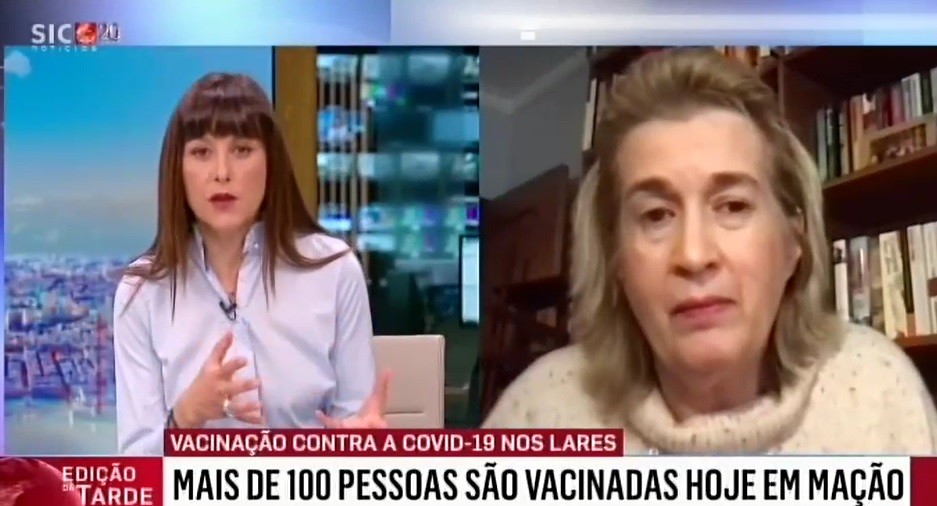 Cristina Sampaio, Professor at the Laboratory of Clinical Pharmacology and Therapeutics at FMUL, was in the afternoon edition of SIC Notícias talking about the importance of vaccination in Portuguese homes and to explain in practice the differences between the various vaccines available.

The start of vaccination in homes is, in the words of Cristina Sampaio, a “fundamental step towards attaining acquiring safety”. The elderly who are currently, and have been for about 10 months, confined to homes are undoubtedly a priority.

However, it is necessary not to “forget that the vaccine will only be completely effective in large groups, when a large percentage of the population is vaccinated”.

We will only be able to breathe a sigh of relief when the much desired group immunity is achieved, “through the vaccination of a large segment of the population”. When asked about the differences between the various vaccines, Cristina Sampaio used the comparison to a facial composite used in criminal investigations. "The criminal is the virus" and through the vaccine, what we do is to show this composite to our immune system that will catch the criminal. But like the vaccine, this composite is not 100% equal to reality. The Moderna and Pfizer vaccines "have a fat pouch that acts like an envelope, where instructions are carried". On the other hand, in the Astrazeneca vaccine, "the transport is done by a modified virus", which "has no infectivity". These are the main differences between vaccines. It is also necessary to take into account the differences between DNA and RNA, since the “DNA is the way to encode instructions and the RNA is the messenger of DNA”, explained Cristina Sampaio to Sic Noticias. "At Pfizer and Moderna, the instructions are already in the form of RNA", while in the "Oxford vaccine, the instructions are in the form of DNA and will have to be decoded by the body to give instructions in the form of RNA".

When asked about the new variant of the virus, initially circulating in the United Kingdom, the Professor says that since Wuhan there have been numerous variants circulating, but the important thing, regarding the creation of vaccines, is that they can identify the “spike protein, the spike seen in the virus image”. "As long as this protein has a structure similar to the structure encoded in the vaccine, the vaccines will always be effective".