On 30 October, the 6th edition of AIMS Masterclasses was held at the João Lobo Antunes Grand Auditorium. It is an event that intends to present the AIMS Meeting to the new students of FMUL and acts as the launch of the next edition in March of the following year. In its last five editions, AIMS Masterclasses have enabled participants to hear the testimony, in the first person, of some of the most prestigious doctors in our country, who addressed the cases that marked their careers the most, both successful and unsuccessful. This year there has been a paradigm shift. The topic “Changing the World and Medicine” allowed the nearly 400 students who attended to reflect on the importance of making a difference in a world where being a medical student is less and less synonymous with a predictable and linear path. The Masterclasses also intended to give a special focus to the scale, bringing the example of three speakers who, each in his/her area of ​​intervention, contributed and continue to contribute to improving the access and quality of health care we provide.

The event began with the opening speeches by Professor Fausto Pinto, Director of the Faculty of Medicine of the University of Lisbon, José Rodrigues, President of the AEFML and Guilherme Vilhais, General Coordinator of the 11th AIMS Meeting.

This was followed by three lectures linked by the concept “Changing the World and Medicine”, but focused on three completely different strands: The Laboratory, Politics and the Field. Professor Hugo Miranda talked about his experience as a researcher, focusing on the importance of laboratory research in the development of new therapies. The work he conducts at the Centre for Chronic Disease Studies (CEDOC) seeks to understand the role of metabolic regulation dysfunctions, such as Type II Diabetes, in the development of Parkinson's disease, and in identifying potential new therapeutic targets. Dr Francisco George, former Director General of Health and current President of the Portuguese Red Cross, presented his perspective on the main health challenges of the Portuguese, looking at the political issues in search of change. Finally, Dr Ana Paula Cruz explained, in truly inspired form, her experience of humanitarian action, demonstrating the special affection and empathy she has for the many missions she has participated in and the difficulties she has encountered on her way to help thousands of refugees. This was followed by a conversation between the three speakers, moderated by Eng. Sara Sá, an experienced health journalist, who sought to answer the students' questions and reinforce the message that the future of a medical student is a broad spectrum of possibilities. 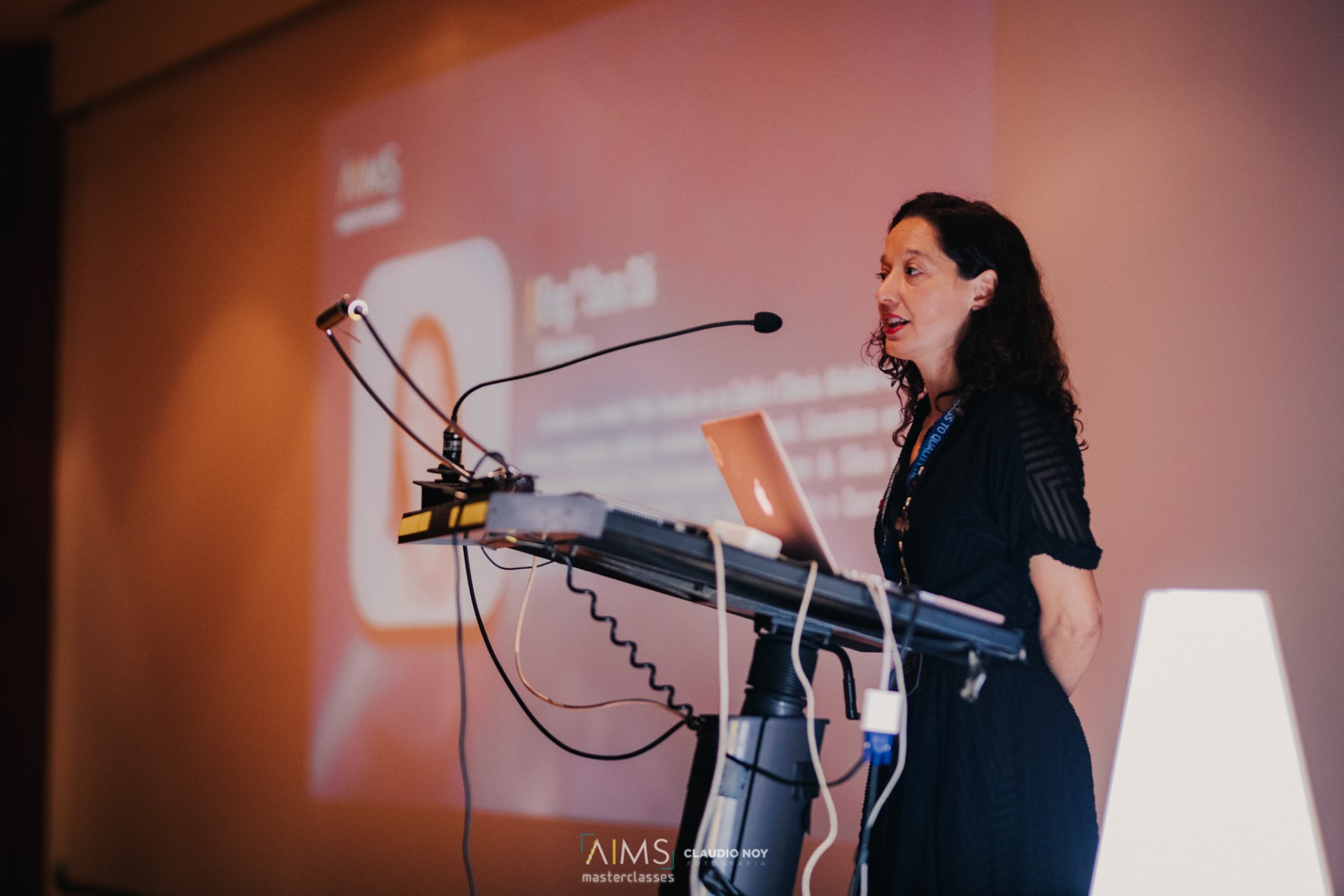 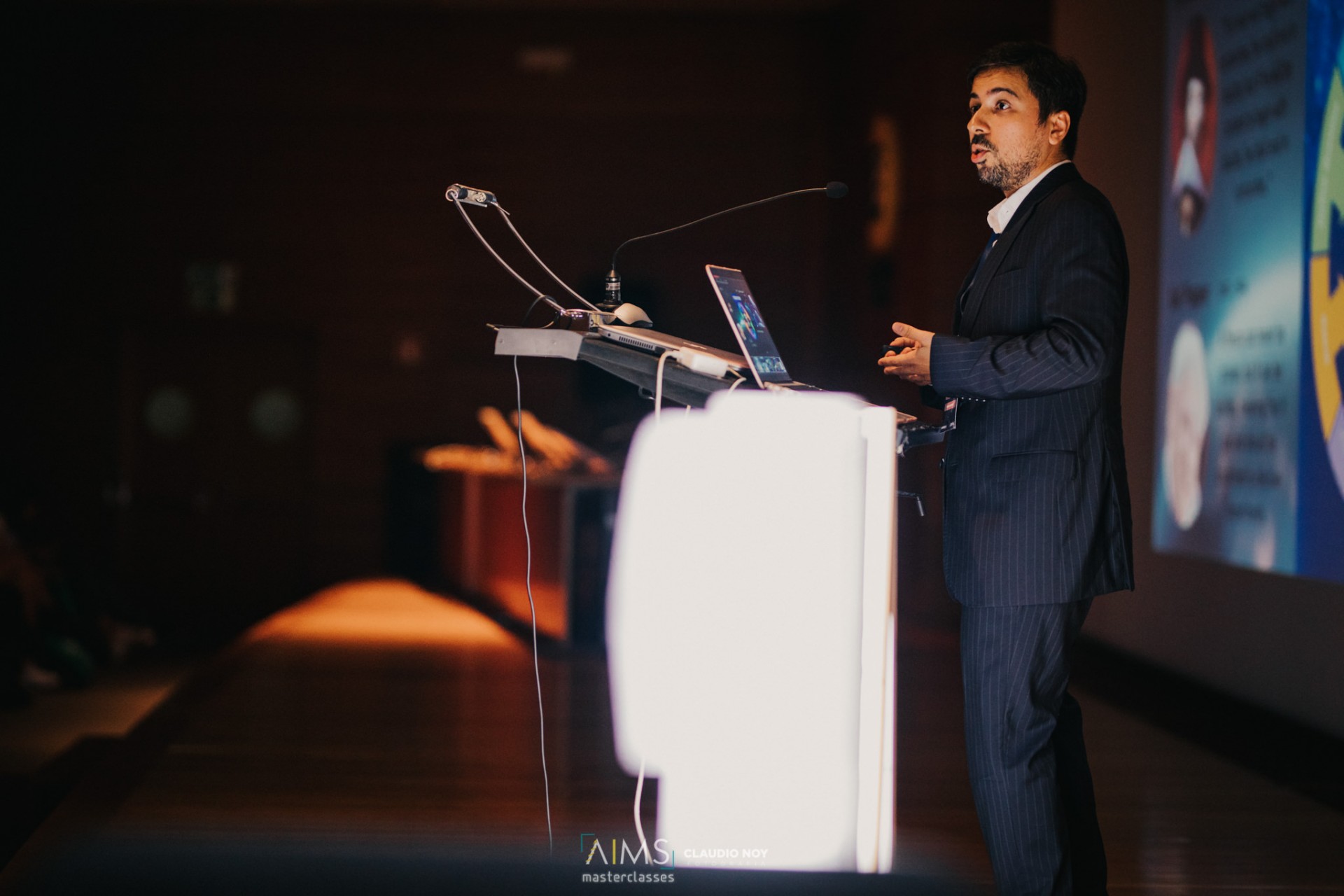 As a launch event for the 11th AIMS Meeting, there was also room for the AIMS Scientific Department to present the programme guidelines for the next edition on 26- 29 March 2020. The three thematic modules and the first five confirmed speakers were announced, including Sir Tim Hunt, Nobel Prize in Medicine or Physiology in 2001, and Scott Parazynski, physician and former NASA astronaut.

In the aftermath of the announcement of what will surely be another unforgettable edition of the AIMS Meeting, participants were able to enjoy the famous coffee break, only possible thanks to the support of numerous brands that agreed to associate with the project. As part of the new ecological sustainability policy, AIMS Green, and in order to reduce waste, the Masterclasses coffee break featured for the first time the use of returnable tare glass bottles, reusable cups, biodegradable materials and recycling containers. The implementation of AIMS Green also involved the distribution of messages aimed at demystifying the use of sustainable products and their correct use and the organization of a concept dissemination competition, whose prizes included two free AIMS Meeting entries and 20 Green Kits composed of natural, vegan and animal free products. Food waste has been minimized by partnering with Refood Alvalade. 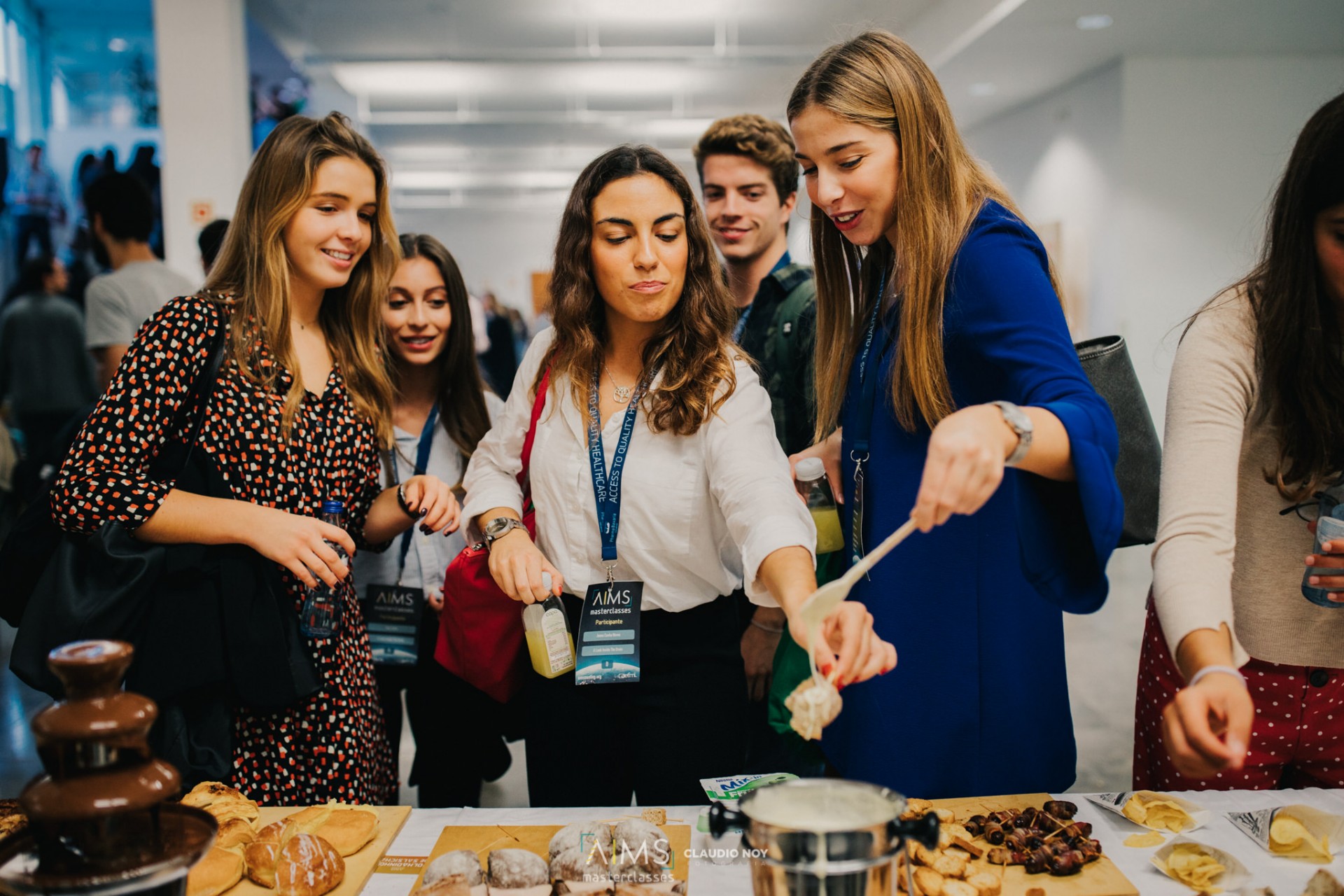 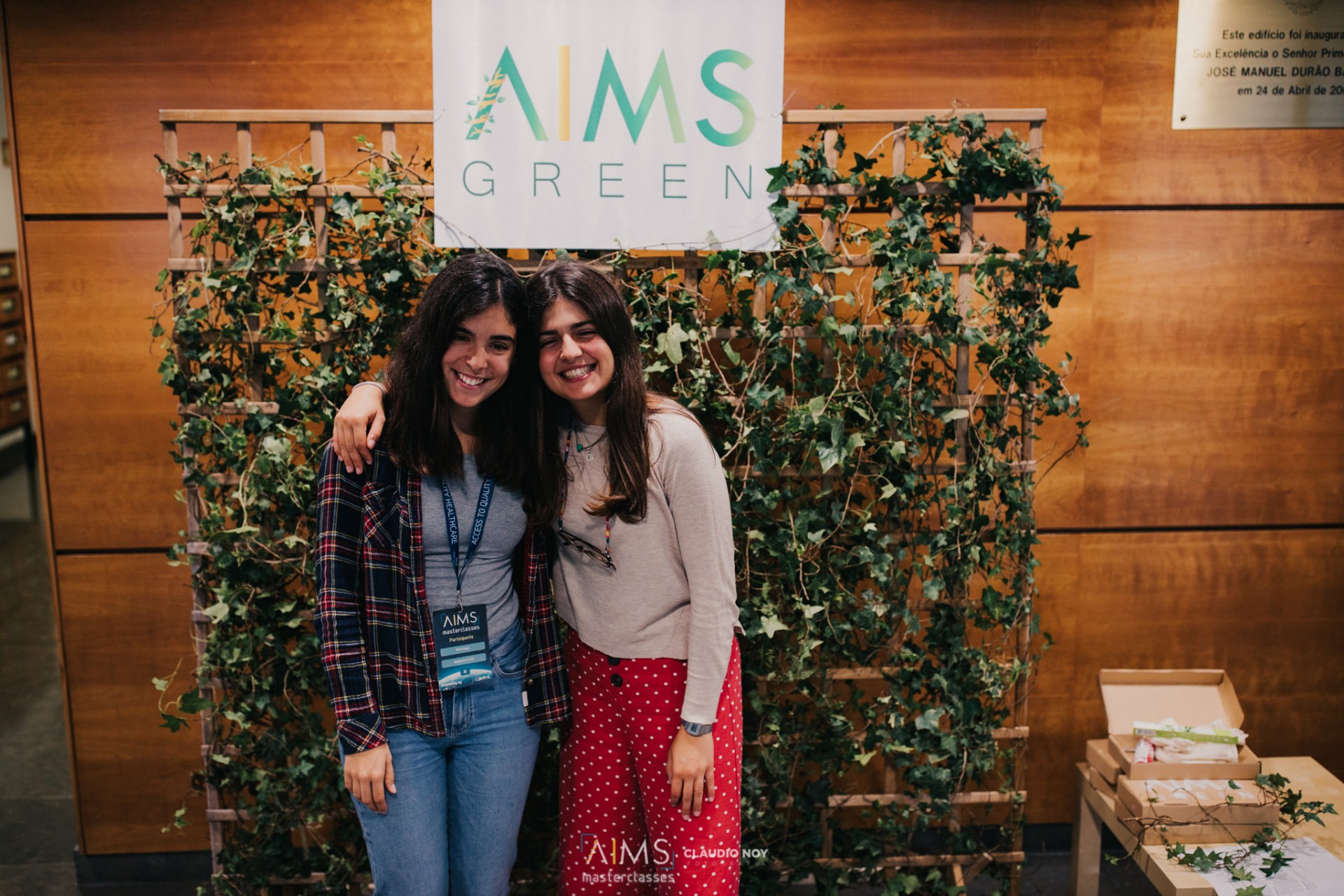 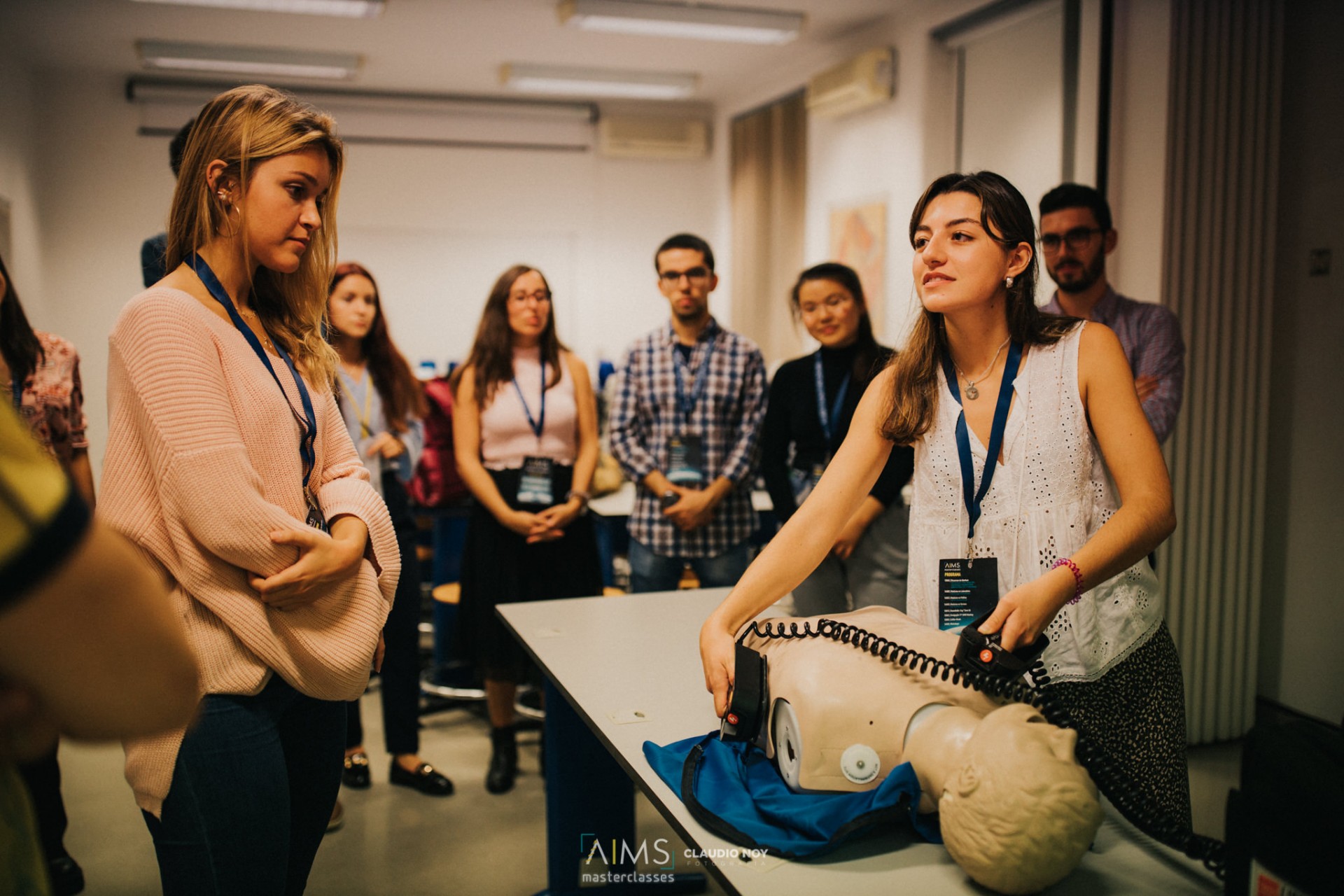 Now that the edition is officially launched with no other events until then, a long journey begins that will only end in March 2020. There is still much to do, partnerships to close, invitations to send and innovative ideas to implement, but the 11th AIMS Meeting Organizing Committee could not be more motivated to ensure that the next edition will stay in the memory of all its participants.

See you in March!