After all it's really true, we actually have two nervous systems operating autonomously in our body. The one that is commonly called the "2nd brain" lives, for many of us still secretly, in the intestines. And like any other organ, it also deserves due attention, since its well-being determines the health of our body and mind.

One of the concerns generated by the pandemic was the suspension of thousands of medical acts, with the population fearing returning to hospitals, which in a few days had rooms empty of patients. Consequently, there were a number of pathologies, in particular diseases of the digestive system, that were put on hold. “There are many diseases that are lagging behind and patients are afraid to come to the hospital, only 20-25% have adhered, and consultations are taking place over the phone”, says Rui Tato Marinho, a gastroenterologist and FMUL professor, sharing the fear that diagnoses will be delayed, also warning about the consequences of the pandemic, which could prove to be more devastating than the covid-19 disease itself. And it was precisely the recognition of the importance of monitoring digestive health, under the risk of damaging the screening and monitoring of some of the most frequent cancers in Portuguese patients, that Rui Tato Marinho, as President of the Portuguese Society of Gastroenterology, has been sharing information, alerting the academic community and the Portuguese population in general about the risks, main problems and ways of prevention, in order to guarantee the balanced and healthy functioning of our digestive system.

Thus, during the Digestive Health month, an initiative of the SPG (Portuguese Society of Gastroenterology) to combat the lack of information on such important issues, we turned our attention to one of the organs, perhaps the most underestimated of the entire digestive system: the intestine.

There is a lot of scientific evidence that attests the importance of the stomach and intestinal flora in our health and there is no doubt that the digestive system has a decisive influence on our physical and mental well-being, since in the digestive system there is an autonomic nervous system, a "second brain" made up of millions of neurons that are in constant communication with the brain.

We can really say that we have the intestine connected to the head and the importance of this nervous system is, in fact, exceptional, due in part to the direct influence that intestinal bacteria have on brain chemistry and, consequently, on our behaviour and health .

Let us start by addressing an essential concept on this matter, that is, the intestinal flora, but we will use the “more correct and current” name, which is microbiome or microbiota, as explained by Rui Tato Marinho, stating that it is “an invisible community, in a way, consisting of a set of microorganisms that inhabit our digestive system”. 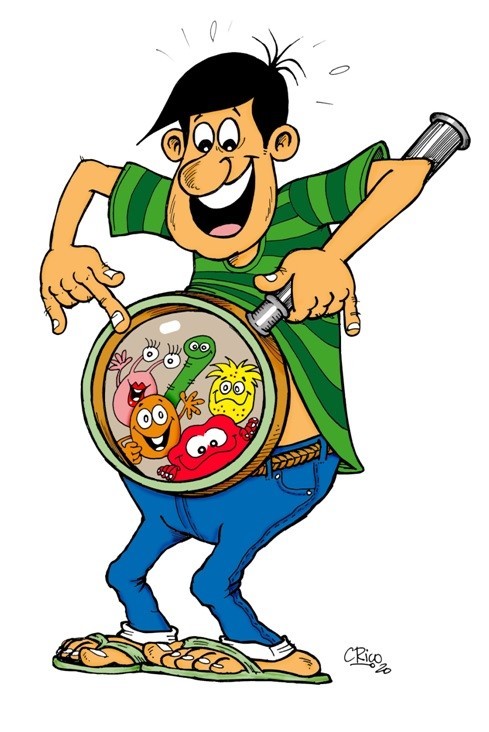 The figures are impressive: “the digestive tube measures about 10 meters from the mouth to the anus. The longest organ in the human body is the small intestine, where a large part of the microbiota lives, and it is estimated that the microbiota consists of about 100 trillion microorganisms, the vast majority of which being bacteria”. There are more bacteria in the intestinal flora than human cells, “there are those who say 10 times more”, said the Professor. “The importance of the topic is such that the World Organization for Gastroenterology decided to choose the theme for the World Digestive Health Day:“ Gut Microbiome: A Global Perspective”, he stressed, explaining that the microbiota play an extremely important role in several functions. “It is important in the process of digestion and absorption of multiple constituents of the human being, in the detoxification of exogenous substances, balance of the immune system, and functioning of the digestive system, among others. Basically, it is vital for our homeostasis in the global sense”, he says, pointing to the faecal microbiota transplant as one of the most recent and innovative therapies to treat more serious cases of infections with Clostridium difficile.

The digestive tract has, in fact, neurons and an activity independent of the brain, with which it maintains a close and interesting connection. “The Enteric Nervous System is made up of 100 million cells. Some speak of 500 million neurons. There is a neuronal network that communicates through neurotransmitters from the brain to the intestine and vice versa", explained Rui Tato Marinho, revealing the scientific evidence that" our emotions affect the functioning of the intestine and vice versa".

Indeed, the impact of the influence between the two bodies is undeniable. "A paradigm of this fact is the irritable bowel syndrome, which affects 1 million Portuguese or even non-ulcer dyspepsia, which may affect 15-30% of the population". Rui Tato Marinho believes that, faced with this question, the dilemma is often the classic: “Who was born first? The egg or the chicken?". “There will certainly be a mix between intestinal functioning and the psychological and emotional component that will be at the origin of many situations. It is a team effort ”, he guarantees.

In addition, the vast majority of immune cells are in the intestine. “It is the so-called gut-associated lymphoid tissue (GALT)”, says the Professor, recalling “the seven meters” along which the abdominal cavity extends. Among many other functions, “the small intestine has a vital immune role”. “I remember having seen small intestine transplants in Pittsburgh, United States, about 20 years ago. The complexity is very high, it is one of the most difficult transplants and where not much progress has been made in terms of survival, since only 40-50% of patients are alive five years later”. 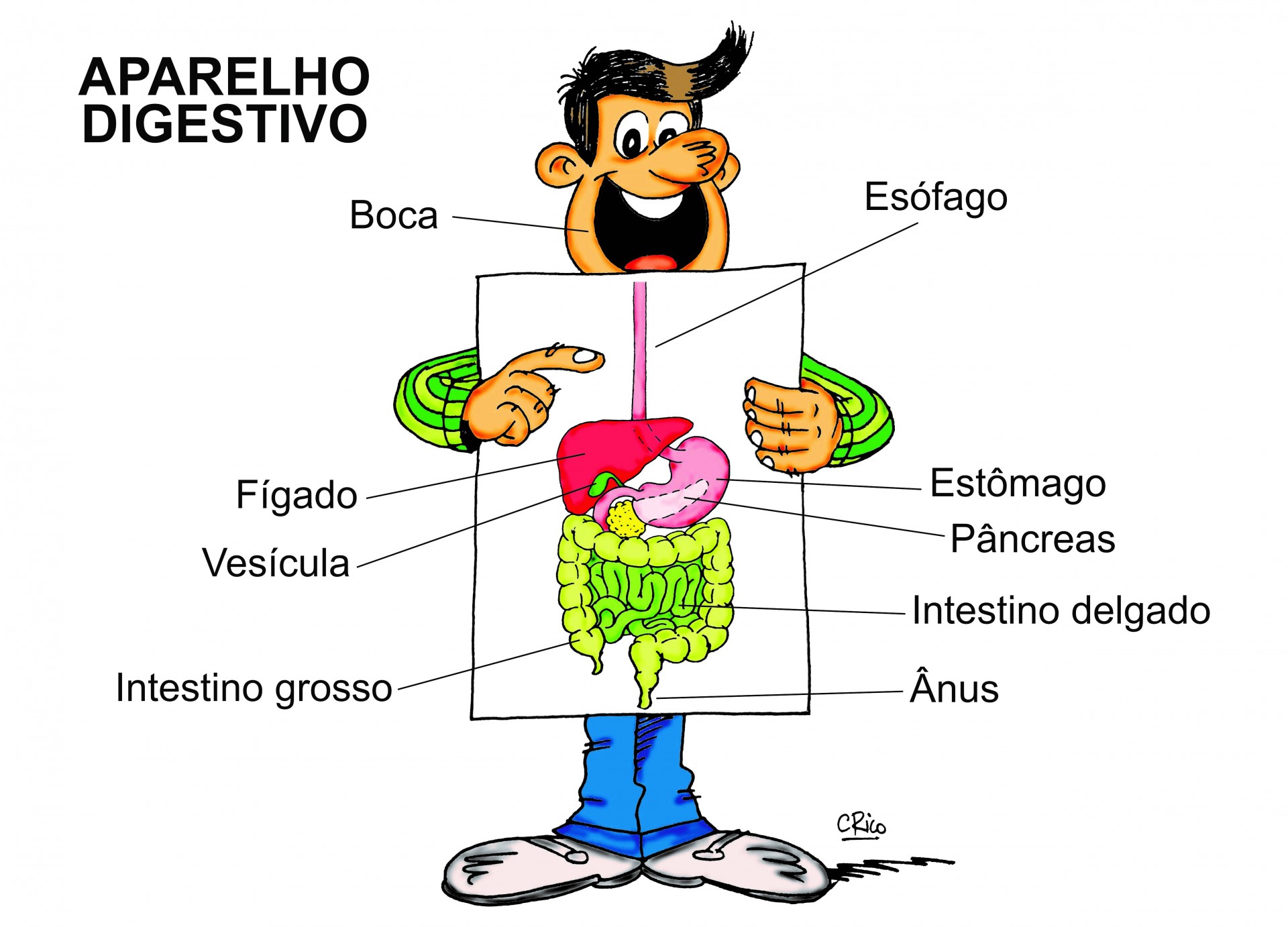 And "who would have thought that faeces, which is often a taboo subject, would be so important?" Despite being a subject that for many is unattractive and forcibly avoided, the truth is that about 50% of the faeces are formed by the so-called good bacteria. “Bacteria form about 50-60% of the faecal mass. We have to revisit faeces and consider them an integral part of our balance as human beings”, says Rui Tato Marinho, adding that “the smell, colour, their circumstances and their ancestral history confers them a pejorative feeling, but they contain bacteria that are vital for our survival. When dejections are different form the usual form, with diarrhoea or constipation or even intestinal occlusion, something is wrong. Faeces (and the associated wind) are part of life. Without faeces and their bacteria there is no healthy life, without digestive health there is no global health”.

It is also scientifically proven that a rich and varied microbiome strongly contributes to intestinal health, and Rui Tato Marinho refers to a recent study, published in the New England Journal of Medicine, in February this year, “which shows that in the case of patients undergoing bone marrow transplantation, survival is higher with the greatest diversity of the intestinal microbiome”.

There are also many research projects, "including meta-analyses", which "show positive effects in controlling anxiety through interventions in the intestinal microbiome". However, Rui Tato Marinho understands that “more are needed to reach a more robust conclusion”.

On the other hand, doubts are dispelled when we look at the numbers of digestive system cancers in Portugal, where 1/3 of cancer deaths are related to digestive system cancers. “In Portugal, 10,000 people die from digestive cancer”, explains the Professor, adding that the data must be aggregated, thus indicating the five main cancers of the Digestive System, a group he calls the “Big Five”, formed by the “oesophagus, stomach, liver, pancreas and colon and rectum” cancers. Of the five, “colon and rectal cancer is the one with the highest incidence”, he says, revealing that “in 2018, according to the WHO data (Globocan 2018), there were 10270 colon and rectal cancers against 6974 breast and 6609 prostate cancers. The difference is very big”.

Rui Tato Marinho also explains that cancer is related to “ageing, genetic load and also lifestyles. Excessive consumption of alcohol, tobacco, excess weight, unbalanced consumption of red meat, are all risk factors for cancer, and we know that imbalances in the microbiome can contribute to some cancers ", he reveals, explaining that "microorganisms also play a role here”. "Helicobacter, hepatitis C virus and hepatitis B virus are oncogenic agents for gastric cancer and hepatocellular carcinoma, which are the third and sixth cancer with the highest mortality in Portugal". In addition, “pancreatic cancer, with an average life expectancy of 4 to 6 months after diagnosis, stands at only around 100 cases in terms of mortality when compared to breast cancer. In 4-5 years, prostate cancer will overtake breast cancer in terms of the number of deaths”, he comments.

In fact, there is no doubt about the importance of taking care of our Digestive Health, which in order to remain in perfect balance and harmony, requires us to adopt healthy lifestyles, which include practices such as “a balanced diet, with consumption of fruits and vegetables, avoiding the excess of red meats, fried foods and sugar - cakes, sweets and sugary drinks, as well as “not smoking, avoiding excessive alcohol consumption and being overweight, keeping the weight within an adequate body mass index”. 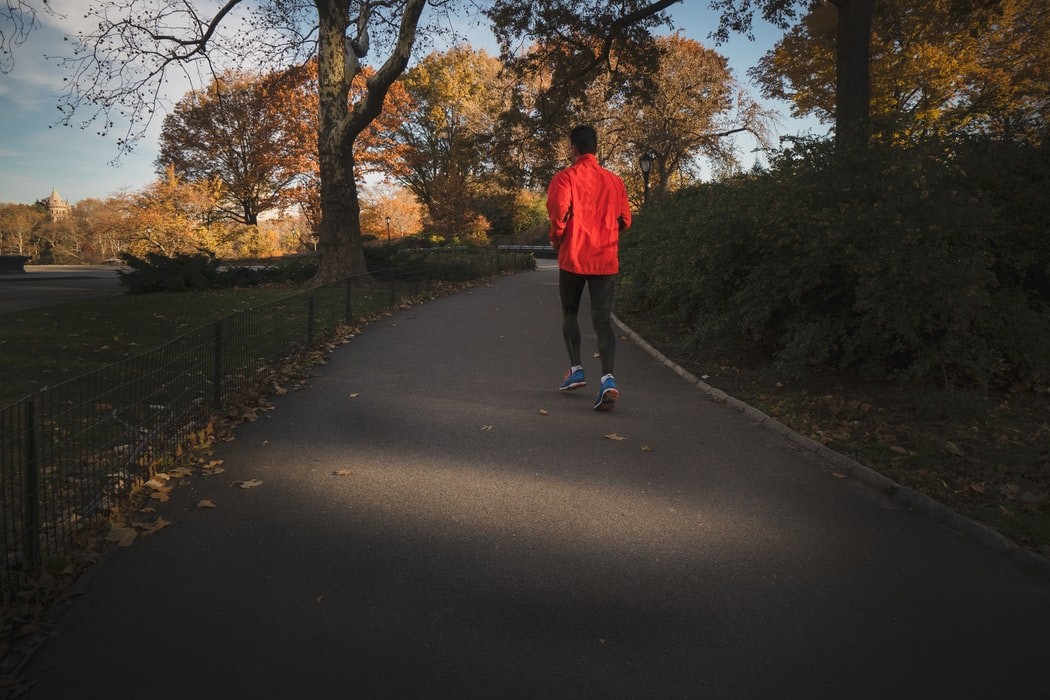 According to Rui Tato Marinho, physical exercise is “one of the most effective measures to maintain Digestive Health, in addition to increasing the level of Dopamine, improving constipation and correcting excess weight, among other benefits”, he explains, considering that prevention also includes “vaccinating against hepatitis B, screening for hepatitis C (anti-HCV for the entire population) - eradicating hepatitis C - and, if appropriate, helicobacter pylori. One of the most important measures is also to screen for colon and rectal cancer at 45-50 years of age. The most effective method is a well done colonoscopy on a very well prepared intestine”, he stresses.

In short, Rui Tato Marinho concludes that “there is a lot to do to improve our Digestive Health”. It only depends on each person “and it is in our hands, mouth, intestine and brain” to keep our Digestive System in perfect working order. However, in spite of being simple, it can be challenging, especially in the present times, when, as Rui Tato Marinho says, we find ourselves caught up "in some social unrest", practically cornered "between the sword and the wall", becoming "difficult" to find an equilibrium that is fair and balanced for all”.

Still, and with the certainty that everything goes away one day, we are left with common sense and discernment, professionalism and civic duty to become, every day, an improved version of ourselves to others.

Mcirobioma: We are them, They are us. Rob Knight. A Ted Talker.