For the second consecutive year, the Innovation and Entrepreneurship Office presents the “Tools for Innovation in Health” workshops, which is already in its third edition. In the first year, two editions were held, one more aimed at students of Ulisboa and the second at FMUL’s staff, including lecturers, researchers and others. Both editions were a success and we decided that this year the session would be open to everyone, keeping the format of a day for each workshop and the methodology of creating a project along all the workshops. 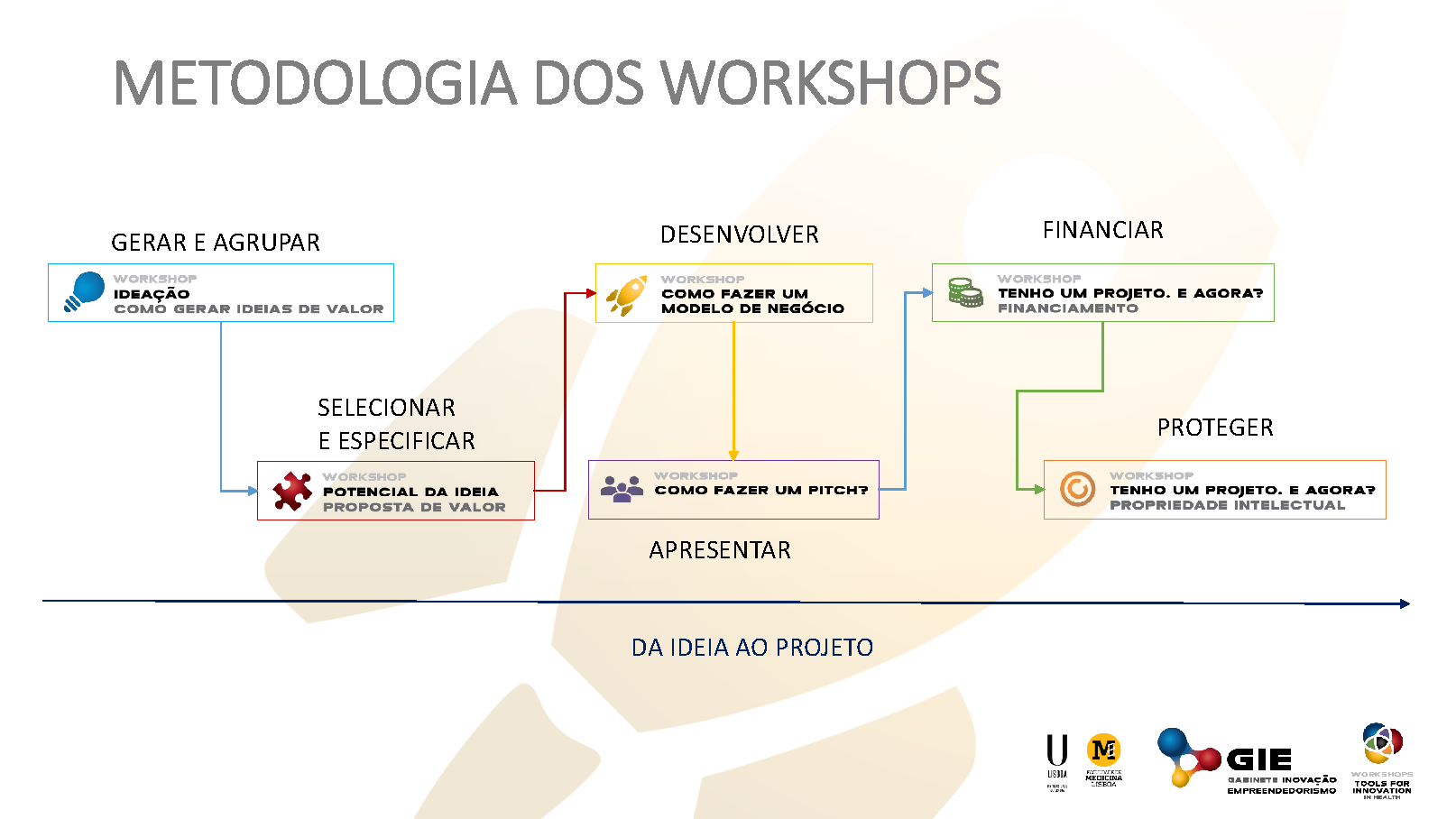 Thus, this year, the “Tools for Innovation” workshops will take place between 17-21 and 26 February, keeping the same themes as the previous year. We want to train and sensitize all those interested in innovation and entrepreneurship in the health area, which these workshops allow, in addition to the theoretical part, to put the learned tools into practice.

Registration is open until 15 February and those interested can register for all workshops or just those they think are relevant. More information and registration here

Come on, with our support you can become the next entrepreneur in the health field! 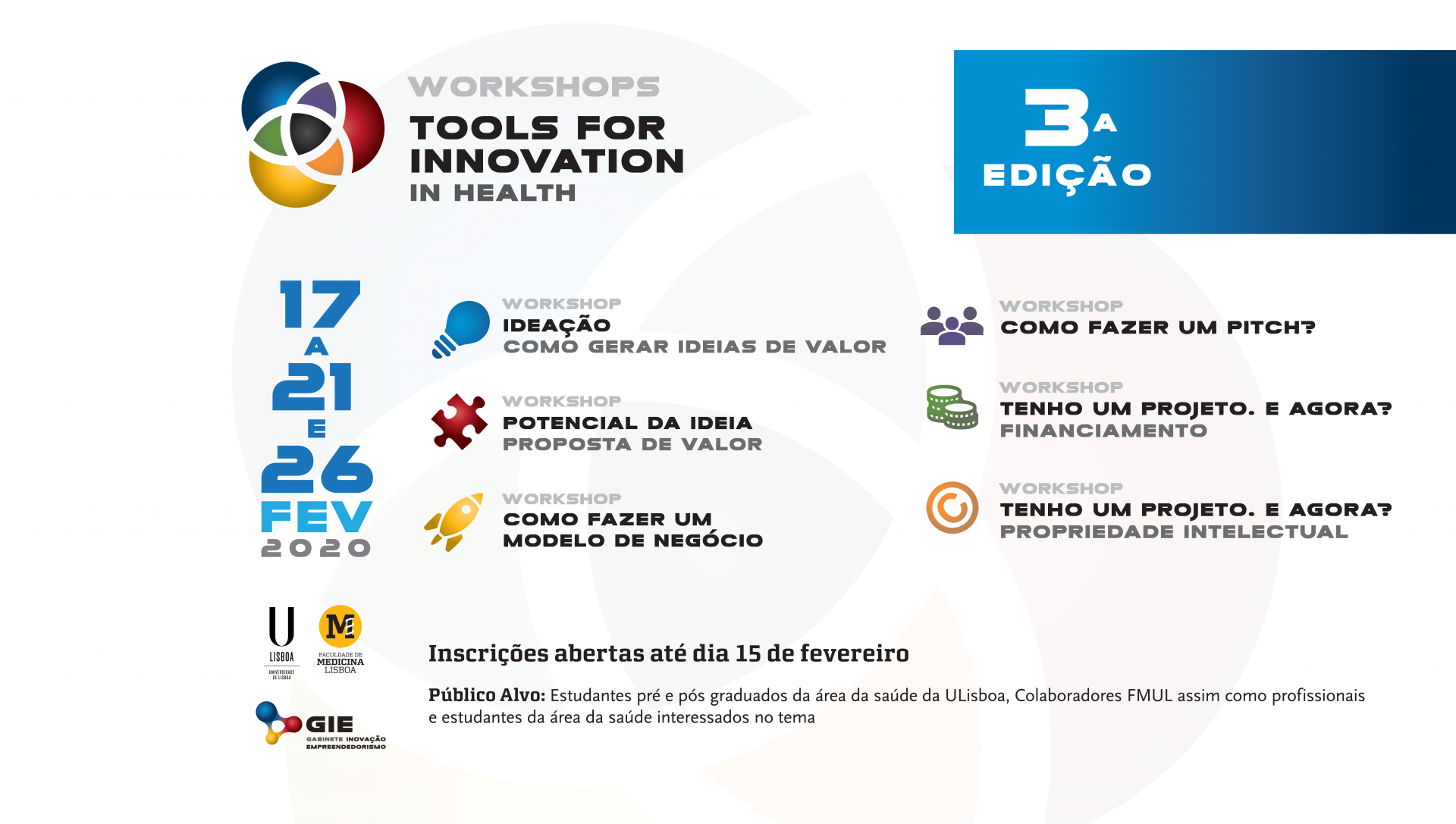