“I will continue to be dazzled by the human relationship”

This joint event took place with the aim of revealing today, 26 May, the commemorative plaque in honour of the Professor who is now among his Masters, in the Barahona Fernandes Auditorium, on the 1st floor. 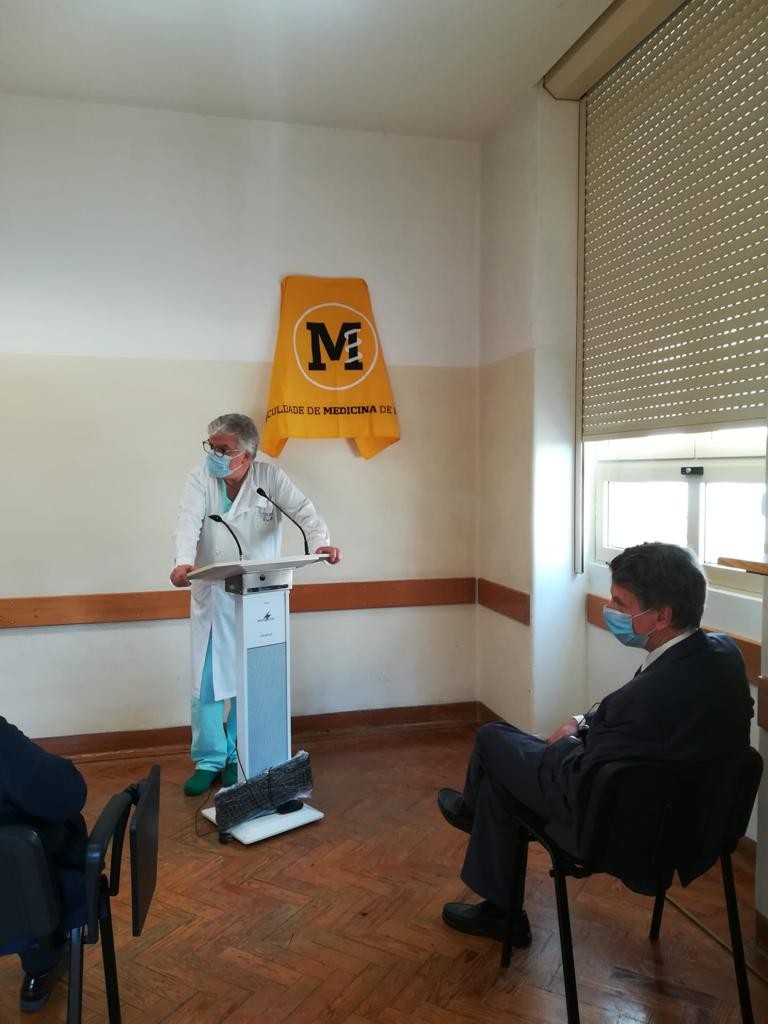 A retired professor of Psychiatry, António Barbosa was placed on the same level as all the great Masters of the School. Fausto J. Pinto, Director of FMUL, was full of praise: “This tribute is important, because there is always a feeling of lack of gratitude from the Institutions for people, their path and the contribution they made. (…) This way, we are symbolizing gratitude, but also reminding future generations that these are our Masters”. António Barbosa's response to the Director came later at the end of the ceremony, but with no less impact: “This clinic owes a lot to his wisdom and sense of State. With this Director, dreams are worth having. Thank you very much!". 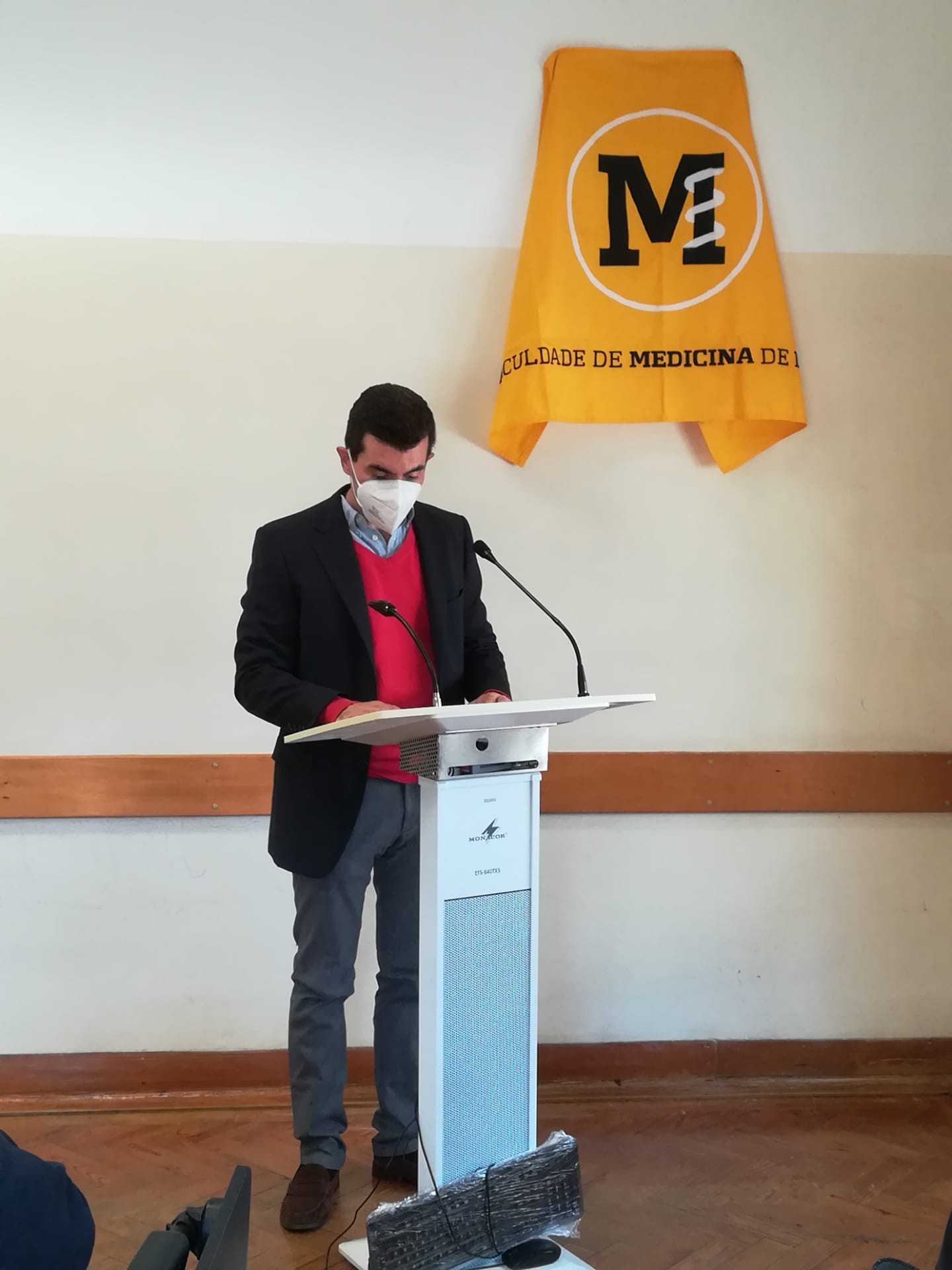 Making a brief but solid description of the history of Psychiatry in Portugal and referring to the solidity of its great founders, also individualities linked to the Faculty of Medicine, Diogo Telles placed the year of 2016 in this itinerary. This year was a turning point for António Barbosa and his great restructuring of the courses on mental illnesses, on medical training and its people. An extremely important sign of an ever-growing integration of psychiatry in human daily life, as well as in the academic world, are the real numbers that prove that “40% of patients who come to general practice suffer from psychiatric disorders. And the main cause of disability is psychiatric disorders", he said.

A Psychiatrist and Head of the Psychiatry Service at the Northern Lisbon University Hospital Centre (CHULN), Luís Câmara Pestana highlighted “the relevant form of teaching Psychiatry, where they collaborated together and conducted research work”. He highlighted António Barbosa's ability to implement and develop psycho-oncology, bonding psychiatry, psychosomatic illness and the approach to relevant issues related to loss and pain. Câmara Pestana emphasized that the memory does not forget those who did so much. “We hope that this plaque will make us all remember his hard work here”. 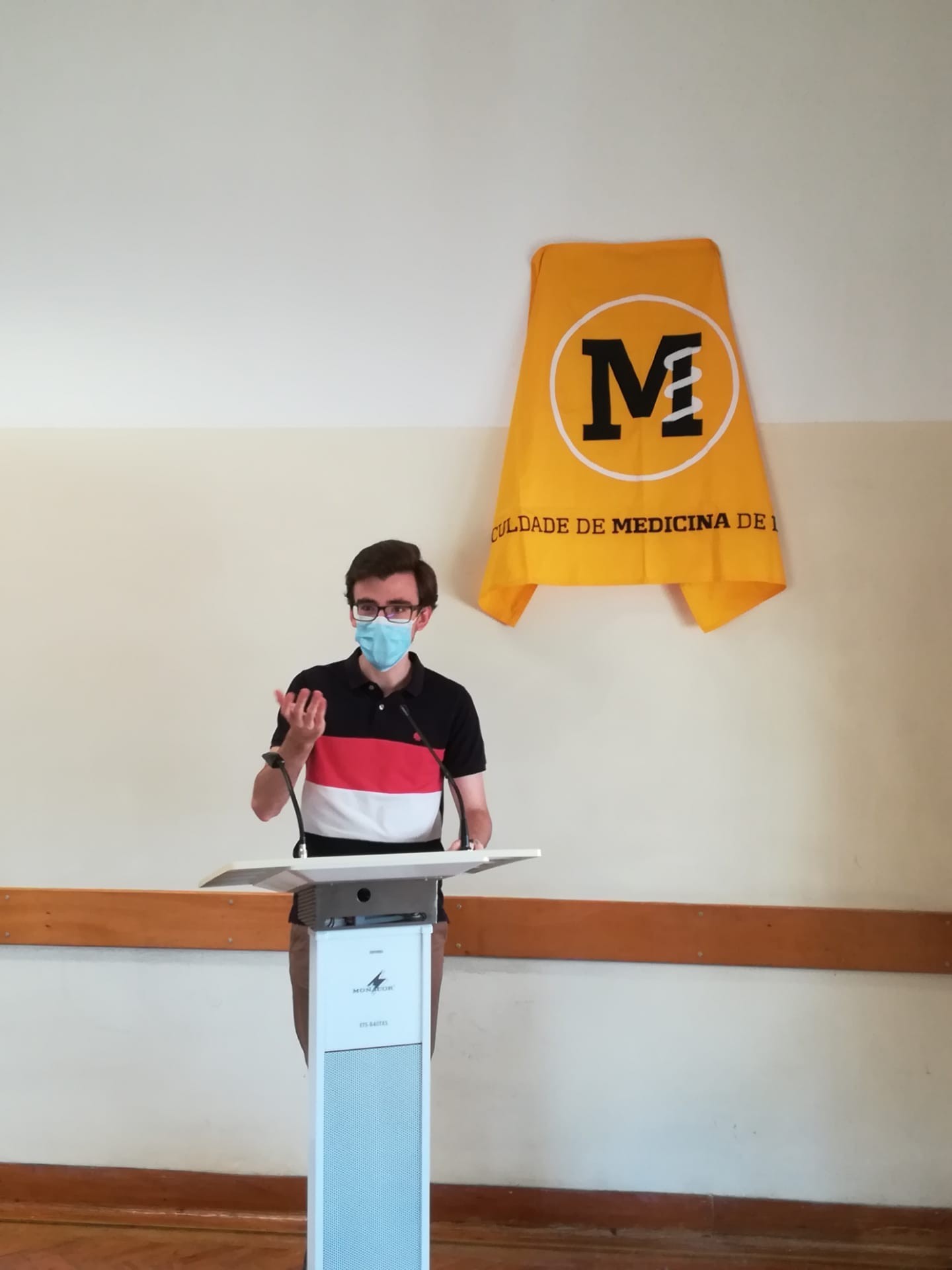 With an emotional speech referring to the continuity of affections, as demonstrated by the previous Board of the Students Association, the current President of the Association, António Velha, did not hide the very great “feelings regarding the Professor's legacy. It was he who humanized health care, since year 1 of the degree. He gave us the perspective of the others and took us to other realities”. Moved, he also wanted to highlight the versatility of healthcare, “one of the best elective courses I had was medical humanities, due to the tremendous way in which so much is learned”.

In his farewell to the Professor, which was reciprocated with emotion and choked words, he added: “You had an impact on all of our lives, I have nothing but to thank you for it”.

The golden plaque that the Professor referred to as “a symbolic glow that each of the Masters left to this University and to the country”, was unveiled by Fausto Pinto and Câmara Pestana, in front of the shy look of a Professor who never liked too much exposure. 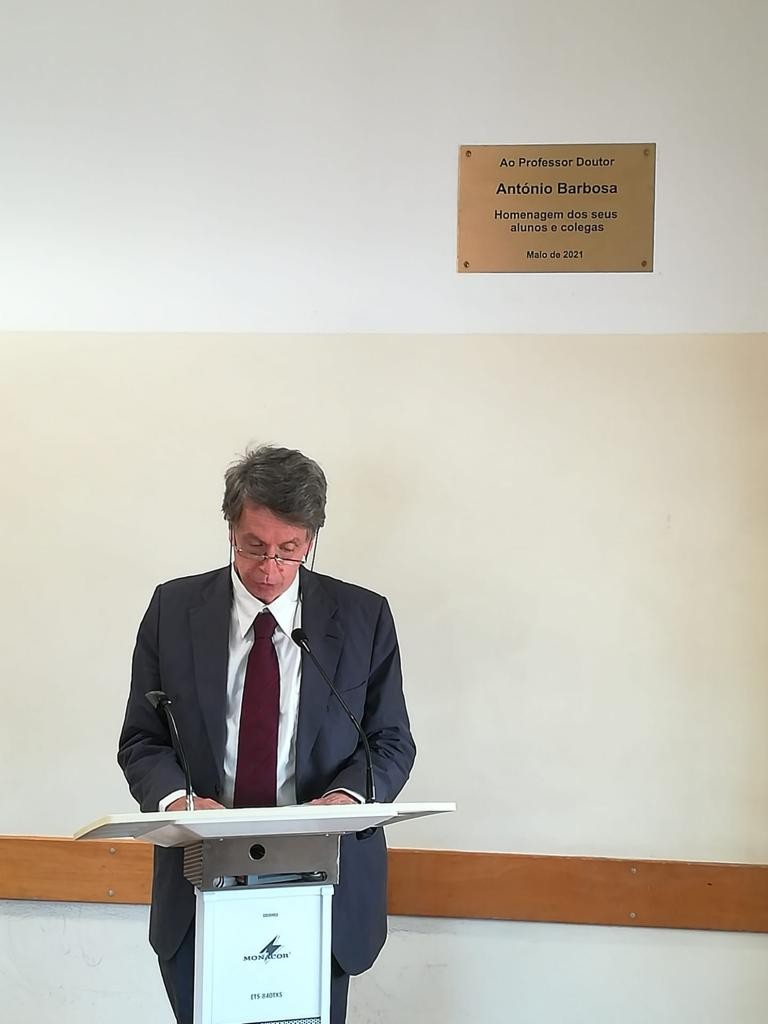 António Barbosa said goodbye to his working groups last year, in October, upon his retirement. He was Head of the Psychiatry and Mental Health Service at the Northern Lisbon University Hospital Centre (CHULN) and Full Professor at the Faculty of Medicine of the University of Lisbon, as well as Director of the University Clinic of Psychiatry and Medical Psychology. He co-founded the Centre for Bioethics and its Palliative Care and Grief Nucleus (Academic Studies and Intervention on Grief) and the Nucleus for Teaching and Research on Communication and Relationship Skills, as well as the Portuguese Associations of Psychiatry, Psychiatry Liaison, Psychiatric Epidemiology, the Portuguese Societies of Psycho-Oncology, of Study and Intervention in Grief and of Clinical Communication in Health Care. He had management positions in all of them. He was also the founder of the Psychosomatics and Psychiatrist Liaison Section of the European Psychiatric Association, of which he was Vice-President, and President of the International College of Psychosomatic Medicine, having organized the respective World Congress in Lisbon with the sponsorship of FMUL.

Since joining the Faculty as a medical student, and as a medical biology junior assistant in 1972 until today, precisely 50 years have gone by, the same number of years that placed him on the walls of this and his Faculty.

Due to the strength of his words and the reflection of the actions he left in all of us, there are some final notes, those that must always be the last in any text that refers to him.

“What a respectful honour I find myself in, on a plaque, beside my Masters. (…) These walls know me well. I was a student of Professor Barahona Fernandes, and of António Damásio. This is a space that means a lot to me, it is a plural place. (…) I was a stunned observer of the human condition. There is nothing more unstable than knowledge. It was here that I learned this, as well as the humility I gained here. (…) We don't fit in just one person, we are so many people. We are all, after all, psychic inventions. I accumulated memories of astonishment (…) the highest names in world Psychiatry passed through here, I'm telling the truth! It was in this context that I shared life and unique experiences and generosity moments with the students. I was always with them and they with me. (...) I wasn't perfect, but I was whole and committed. (…) If my health allows me, I will continue to be stunned by the ability to be amazed and energized by the human relationship. We are only persons when we are with others. (…) It was worth it to be able to transform destinies. Let's continue to make a difference together!”.