The challenges of ageing

Modern Medicine and Scientific Research have allowed us to challenge the limits of human longevity with unprecedented success. The average life expectancy at birth in Portugal, in 1920, was only 35.6 years. In 2019, it is 80 years. This revolution began in the 19th century, with the improvement of nutritional and health conditions, followed by the discovery of antibiotics that made it possible to fight infections and, more recently, with advances in cardiovascular and cancer medicine.

This ability to challenge biology alongside the decline in birth rates in Western countries results in an ageing society with a new challenge ahead: facing diseases for which ageing is the main risk factor, namely neurodegenerative diseases, which include Alzheimer's disease and other dementias.

The number of people with dementia doubles every 20 years, and it is estimated that it could reach 75 million in 2030 and 131 million in 2050, especially in developing countries. This means that one in 6 women and one in 10 men over the age of 55 is expected to live with dementia. The most common (and one of the best known) dementia is Alzheimer's Disease, which represents more than 60% of the existing ones, followed by vascular dementia and other types.

Alzheimer's disease was described in 1906 by German psychiatrist and neuropathologist Alois Alzheimer who, during an autopsy, observed very particular lesions in the brain that he had never seen before. We know today that it is a degenerative disease, in which neurons in the brain are gradually and progressively lost, of which there are two variants. The most prevalent is the so-called sporadic. The cause is not known and mainly affects people over 65 years of age, representing over 95% of the cases of the disease. The second, more marginal, with an incidence of less than 5%, has a genetic origin and may appear earlier in individuals carrying the genes involved.

Alzheimer's disease has no cure, although it is treatable in order to manage the symptoms, which are progressive and include spatial and temporal disorientation, inability to perform once routine tasks, loss of decision-making capacity and behavioural changes. Currently, there are two types of drugs specifically approved for the disease that have shown some effectiveness on cognitive symptoms, but there is still no drug that delays or prevents the progression of the disease.

This pathology is characterized by the abnormal aggregation of the Tau protein and amyloid-beta peptide that accumulate in nerve cells - neurons - in the brain. Numerous teams of world-renowned experts have been working tirelessly to halt the progression of the disease. And it is a battle that has been fought on several fronts. The most promising and most advanced, in clinical terms, is based on immunotherapy, using anti-Tau or anti-amyloid beta antibodies in order to reduce or even remove aggregates from patients' brains and thus delay disease progression and cognitive decline. This strategy has been marked by a succession of unpredictable successes and failures in the different phases of clinical trials, and a favourable outcome is expected. Very recently, a new drug based on immunotherapy has been approved in the United States, but not in Europe. Its effectiveness in cognitive decline and above all its ability to alter the progression of the disease is very limited, and the assessment of the risk/benefit ratio for patients has generated numerous controversies.

Other approaches have been based on the adaptation of new anti-ageing drugs, such as senolytics or some factors present in the blood, which have shown to be effective in preventing senescence (the cell ageing process) in other organs, in the central nervous system, and particularly in the prevention of brain ageing.

More recently, scientists have focused on other factors, such as changes in the immune and vascular systems that occur in the brain as a result of ageing and are known to contribute to dementia.

There are other strategies worthy of mention, namely from our research team, which focus on synaptic changes in the disease. The synapse is the communication zone between two neurons, with intense cellular and electrochemical activity. In ageing in particular, we know that there are changes in synapse firing patterns associated with molecular changes, with an increase in some proteins and a decrease in others. These changes, although subtle, are sufficient to impact cognitive function, albeit very gradually. While neurodegeneration presupposes the progressive disappearance of neurons, at this earlier stage, neuronal death does not yet occur, but cognitive function is already compromised. Our team has been studying the function of these proteins and how they might increase risk for Alzheimer's disease.

One of the characteristics of these very early changes is that they are reversible: there are several studies that show that similar changes, for example, as a consequence of intense stress, are recoverable, both in terms of cognitive function in patients, as well as in morphology and structure of synapses demonstrated in animal models. This allows us to predict that if we understand how these phenomena are triggered, we can intervene early, in order to avoid neuronal death, which is indeed irretrievable.

One of the great challenges of Neurosciences has been to discover new therapies for Alzheimer's disease. The process is complicated, as the progression of the disease is slow, which means that clinical trials take longer than we would like. In the same sense, monitoring side effects is expensive and difficult, and the risks of side effects are high. Furthermore, non-invasive access to living human brain cells is still very limited, contrary to what is technically possible to do with skin or blood cells.

Understanding the disease at very early stages has also been the motivation for the development of early diagnostic technologies. Examples include the search for markers in blood and cerebrospinal fluid, or through imaging, creating models of human neurons from stem cells derived from the blood or skin of patients, or, more recently, the technology of creating organoids - three-dimensional models that more faithfully reproduce the brain’s anatomy and circuits, and allow studies with more robust applicability.

There has been considerable progress in brain imaging techniques, especially with the advent of functional magnetic resonance imaging (fMRI), capable of detecting variations in blood flow in response to neuronal activity. For the first time, it is possible to gain access to the whole brain in operation, by detecting changes in the activation of specific brain areas of patients, whether at rest or during memory tasks, facial recognition, music listening, reading, games, etc.

Previous techniques such as the Electroencephalogram (EEG) already allowed detecting changes in electrical brain activity, being crucial in the diagnosis of epilepsy, sleep disorders, or the effects of anaesthesia, but the analysis is done mainly in the cortical area (brain surface) and without the fMRI’s anatomical resolution. The combination of information obtained through fMRI and EEG has made it possible to understand how the brain works at a speed never before possible. In addition to this anatomical and functional information, positron emission techniques (PET) allow monitoring and quantifying brain markers, namely the beta-amyloid peptide and the Tau protein in the brain of patients, instrumentally contributing to significant advances in understanding disease progression and in monitoring the therapeutic efficacy of drugs in clinical trials.

In addition to this, we know a lot about the risk factors for the disease, which clearly go beyond the aforementioned ageing process. Poor sleep quality, social isolation, intellectual and physical sedentary lifestyle, trauma or cardiovascular disease are risks established in several studies. Proof of this is that trials such as FINGER in Finland, which followed people at risk of dementia and gave them a plan for exercise, diet and social interaction for two years, have proved to be surprisingly effective in reducing risk. It is being adopted in other countries. There are neurology teams from the Faculty of Medicine of Lisbon/CHLN using this approach and evaluating its effectiveness in vascular dementia, for example.

However, there are also protective factors. Our team has been studying the mechanisms by which caffeine, whose pro-cognitive properties are associated with a lower risk of dementia and Alzheimer's disease, works. Epidemiological studies, replicated in several countries, show that the consumption of 2 to 3 cups of coffee a day significantly reduces the risk, especially in women. We are currently exploring this line of research, hoping to create more effective caffeine analogues with fewer side effects that could provide a viable therapeutic alternative.

Modern Medicine has given us years of life and brought new challenges in combating the diseases resulting from of ageing. Our hope is that, as up to now, science will help to overcome them and win the battle towards healthy longevity. 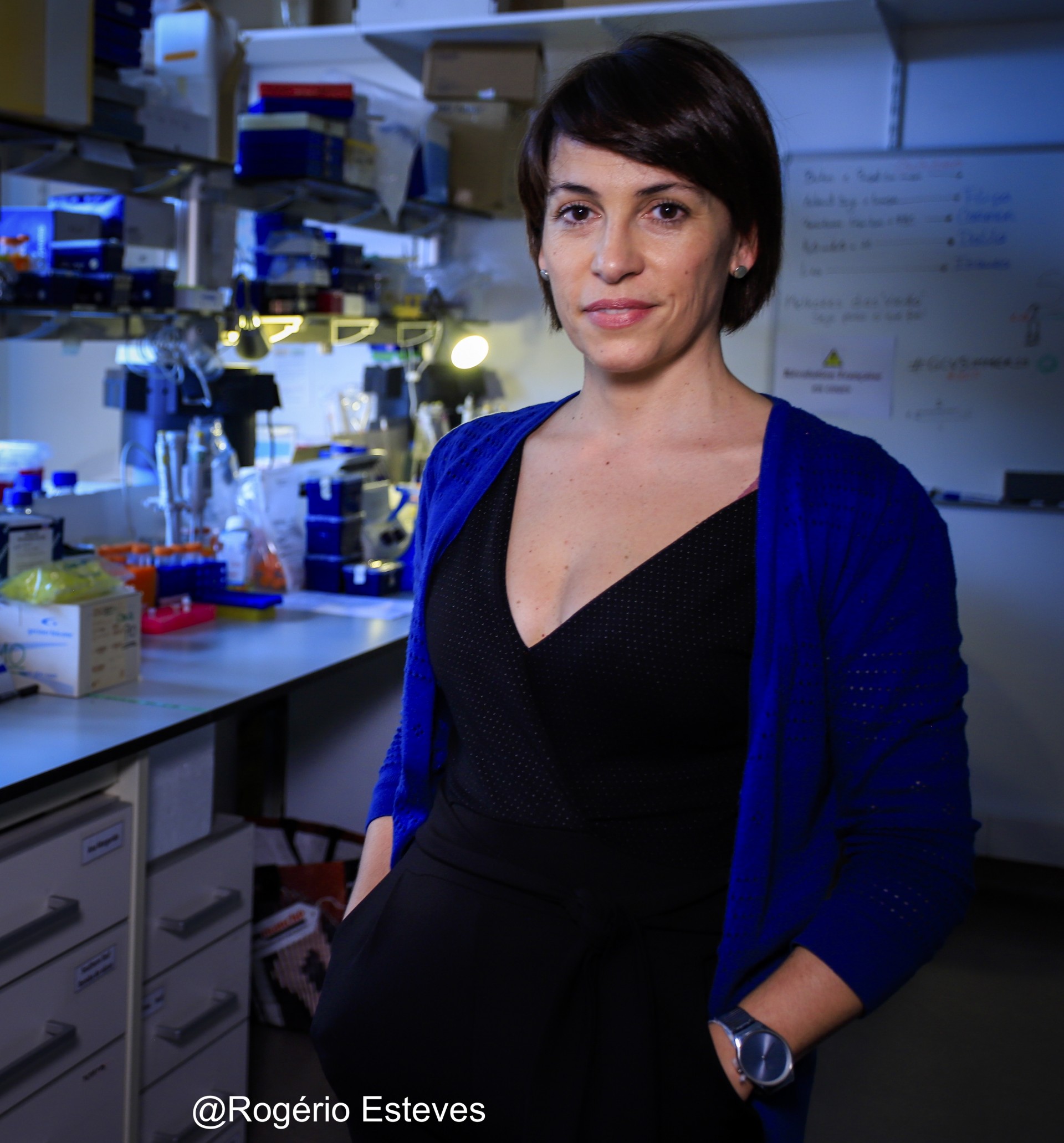 Invited Associate Professor at the Lisbon School of Medicine (FMUL);

Principal Investigator at the Institute of Molecular Medicine (iMM).