What is the common denominator of Art and Science? 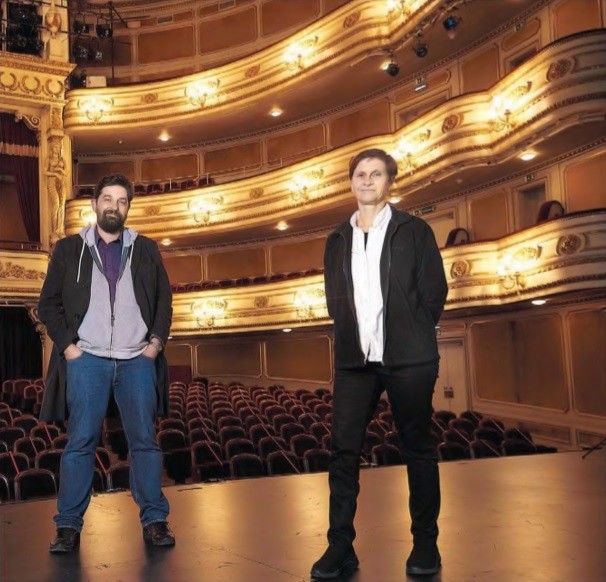 The impact of the pandemic on Science and Art was the motto of an interview conducted by DN in the Noble Hall of D. Maria Theatre with Professor Maria do Carmo Fonseca and the Actor, Playwright and Artistic Director Tiago Rodrigues, both awarded the Pessoa Prize.

Throughout the conversation, the two speakers, who admit mutual admiration, agree on several points, one of them being the fact that both Art and Science always raise new questions, fuelling human curiosity.

The scientist also established a parallel between the Pandemic and World War II, in the sense that both events have gained an enormous dimension in the life of society and because, similarly to what happened in World War II, Carmo Fonseca believes that the Pandemic also will leave transformative marks in the future, "It is transforming the way we look and act in relation to various aspects of our lives".

For Tiago Rodrigues, one of the greatest future challenges will be to raise awareness of climate change, about which he believes - “collective agreements are needed to face them. First because they are inevitable and then because they are transversal”. Both agree that to guarantee the sustainability of our planet and human life, as we know it, an organized political system capable of responding effectively to these events will be necessary.

Regarding scientific literacy, the Artistic Director states that “In a more participative society, scientific literacy is absolutely fundamental, because only then can we be active informed participants”, while art, although not measurable, allows human beings to acquire critical thinking , “The great opportunity for society to have a strong and diverse cultural life is divergent thinking. It is the utility of the useless. It is having time to think about things”.

Maria do Carmo Fonseca also emphasizes creativity as a common denominator between Science and Art. According to the opinion of the Full Professor: “Artistic creation or scientific discovery is totally based on creativity and to being creative, it is necessary that new synapses are established inside our brain, that there are neurons that were not communicating in a certain way before and that suddenly communicate and then there is that moment of inspiration”.

On the importance of science communication and education in society, in times of pandemic, the scientist explains that scientific knowledge “is the antithesis of dogma” and that people are not prepared to deal with doubt: “People have dogmatic questions before scientists and scientists cannot answer with dogmas”.